How to Handle a Controlling Person 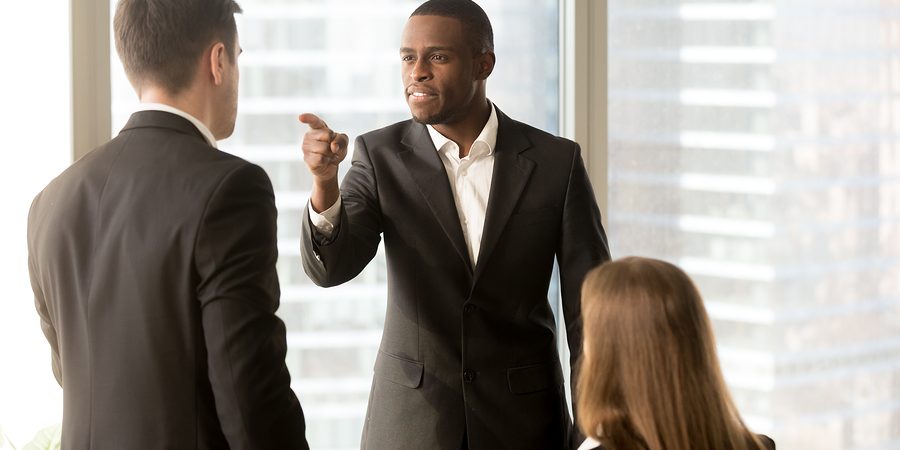 “If I Win, You Lose,” is Not the Only Option Available to Us

Control, like most facets of human behavior, is probably best experienced in moderation. At one end of the spectrum, control is a positive, adaptive tool. For example, control over prolonged and constant chaos in our lives is usually a good thing. At the other end, control can be seen as negative. People who are over-controlled to the point of being unable to feel or express emotion can find life’s expected turmoils to be difficult or even impossible to handle.

While some control is appropriate, especially when the control is used as a way of adapting to some aspect of our own lives, it can spread out to other people when it’s taken to the extreme … and sometimes we don’t realize that we end up controlling other people. We sometimes walk a thin line in this regard.

Controlling others has the potential to be a highly negative experience, not only for the one controlled, but also for the controller.

On the surface, we might think of a controlling person as one who is strong, independent, and even a natural born leader. But this is seldom the case. Ask yourself, why would a person need to dominate the actions and feelings of another person? It could be because the controlling person may privately experience a great deal of self-doubt, negativity, and lack of fulfillment. Controllers may be people who lack the tools to achieve personal integrity through their own resources … but they get a feeling of fulfillment when they can control the behavior of another person. With this thought in mind, we can see the controlling person as one who may be the weak and dependent party in an interaction. And it may be the one who is controlled who actually has more strength – that is, it takes strength to give in to the needs of another person (the controller).

We can draw on the strength and energy of another person when we may feel unable to provide for our own needs. But while most people can give their energy to another person up to a certain personal limit, there comes a point where they feel drained and can simply give no more. This is the point where the person feels controlled – and it’s there that they balk at giving any more. Then the tug-of-war begins. The one controlled refuses to give any more to the controller, and the controller tries to an equal degree to regain the control that has been taken away.

At some point in the relationship we will see open conflict. There is a struggle for power. This struggle continues until it is difficult to see which party is the controller and which is the controlled. Each can complain, “I’m being dominated,” and they each have a point.

This pattern can be seen in marriages and other close relationships, as well as in some friendships.

It is seen on the job and other organizations, and even between nations. People take the position of “I win and you therefore lose,” (or, conversely, “I’ll let you win and I’ll be the one who loses”), and this sets up a pattern of conflict between people or groups of people.

The conflicts that develop over control issues may suggest the struggles the child experiences as she grows up. Part of our development involves the child striving to gain a sense of independence and integrity while the parent needs to control the behavior of the child. This may not be the ideal description of growing up in a healthy way, but the struggle, if not resolved, is sometimes carried on into adult life. Unresolved control issues may lead the child who grows into adulthood to model him- or herself after the controlling parent, or, conversely, to play out rebellious behaviors (often finding partners who they can rebel against). It is advisable for parents to imbue their children with a sense of love, integrity, and independence (along with structure and containment) as they grow up. Often, however, there is a child-rearing pattern in which the behavior of the child is kept totally under control. A dominated child is one who feels drained of a sense of personal integrity and their adult lives may be characterized by a feeling that life is a struggle either to control or be controlled.

Marriages with control issues are sometimes in conflict.

A viable marriage is usually one in which each partner can enjoy a sense of personal integrity. In the adaptive marriage there are usually some control behaviors between the partners, but clear boundaries have been established and there is a fairly equal balance between the two partners in the amount of controlling each tries to do. There is also usually good communication so that feelings that underlie the control issue can be talked about freely.

In conflicted marriages one or both partners may feel that the only way to achieve fulfillment in life is to get the other partner to provide one’s comfort, and that may mean controlling the other person’s behavior. In this situation there is an attempt to make the other partner completely responsible for one’s own fulfillment, and this is where the control cycle comes into play. People sometimes take the old saying, “Find your one true love and you’ll have happiness ever after,” a bit too seriously. Finding a good partner is part of it, but developing a sense of one’s own personal integrity is most of it.

It takes two to play the control game in a marriage. If one partner, either the controller or the controlled, decides not to play, it is difficult for the other to try to continue the old patterns. Of course, in child-rearing the child often does not have a choice and must continue to play the game, often to the long-term detriment of everyone.

Control is a relative term. The controller seldom defines him- or herself as the one with the control. This person usually has a self-image characterized by such notions as being needy, wanting closeness, and wanting interdependence. Indeed, the controller usually sees the partner as having all the power. The partner in turn feels that the neediness of the other is controlling every aspect of the relationship. So both partners usually end up accusing the other of having all the control.

Are you in a controlling relationship either as the controller of the one being controlled?

At Dr. Quintal and Associates, we work with individuals, couples and families to resolve unhealthy patterns in relationships. Contact us today to set up a free consultation.

Does Working From Home Lead to Mental Health Issues?
May 12, 2022
Recent Articles
Go to Top