What is the Difference between Social Drinking and Alcoholism? 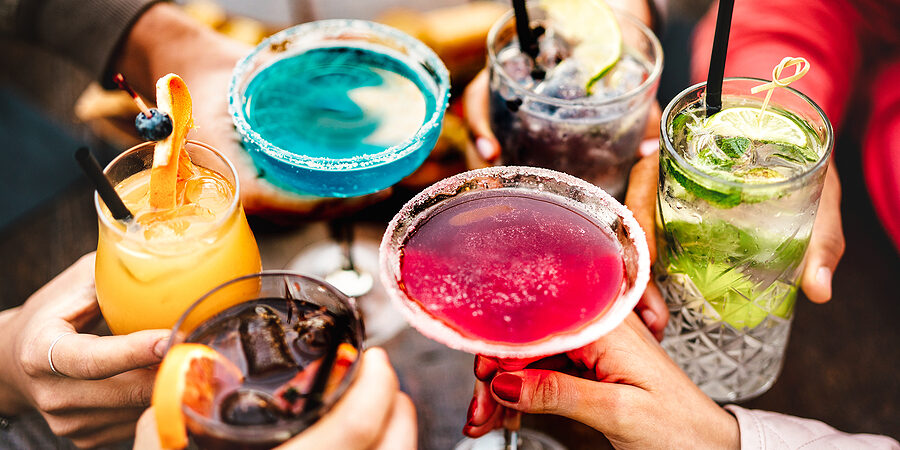 People get together with friends for happy hours, share a few cocktails with co-workers, or enjoy some eggnog with family during the holidays.

However, some people in your life may indulge too often. They may even get defensive and claim they don’t have a drinking problem.

While social drinking and alcoholism have overlapping characteristics, they also have striking differences. In general, the former centers on controlled social behavior while the latter is a form of dependency.

Below, we’ll explore the main differences between the two behaviors.

What Is Social Drinking?

A social drinker indulges in alcohol on social occasions or as a way to socialize. Drinking does not disrupt their lives and they can have a drink or two without overindulging.

While many consider social drinking harmless, it can quickly develop into a harmful habit. Not only do some people end up drinking too much when socializing, but they may start drinking outside of social occasions. The occasional beer or cocktail after work or on your day off may quickly become a few drinks several nights a week.

What Are the Differences between a Social Drinker and an Alcoholic?

Many social drinkers don’t become alcoholics and can control when they drink or not. They typically only drink in social settings and never engage in binge drinking. Conversely, alcoholism is a progressive disease in which someone has extreme difficulty not drinking.

Alcoholism usually starts as social drinking or experimenting with alcohol. The more someone drinks, the greater their tolerance becomes. As a result, they’ll have to drink more to experience the same effect.

Over time, this higher tolerance often leads to a person drinking larger quantities. As a result, that person may face serious health risks.

Signs You Have a Drinking Problem

Signs of a drinking problem include:

Problems Drinking Can Cause

Some studies suggest that small amounts of alcohol can benefit your heart. Moreover, for many people, drinking is a way to relax and loosen up in social settings. Nonetheless, alcohol poses many risks to your health and well-being.

Some immediate health risks include:

How to Treat Alcoholism

Some people treat alcoholism by cutting back on drinking a few nights a week or going cold turkey. They may set personal goals, engage in new hobbies to distract them from alcohol, or drink substitutes like non-alcoholic beer.

However, many people find it difficult to treat their drinking problem unassisted. Seeking help from professional counselors is a highly effective solution for treating alcoholism. At Dr. Quintal and Associates Counseling Center, we have a team of trained counselors who can help you or your loved one deal with a drinking problem.

Does Working From Home Lead to Mental Health Issues?
May 12, 2022
Recent Articles
Go to Top