10 Signs Someone Close to You Could Be Suicidal 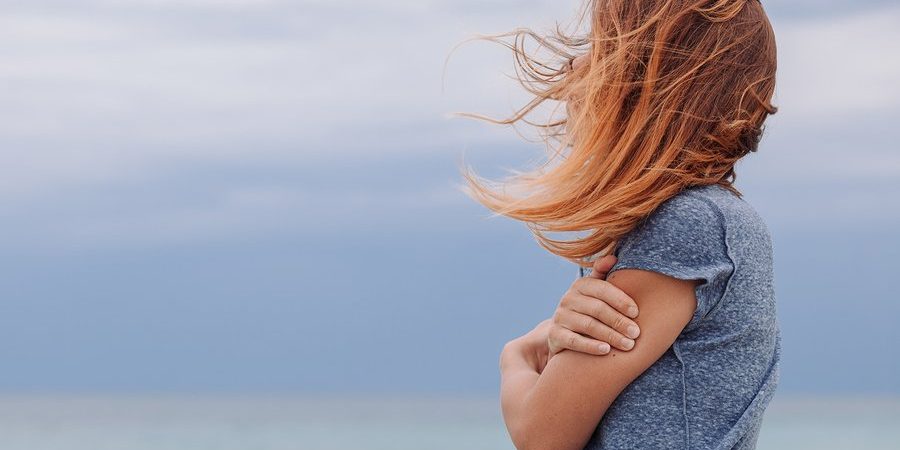 The suicide rate has been steadily rising across the country, and it’s important that everyone knows about the various signs that someone they are close to could be suicidal.

Many people don’t realize that a loved one is having suicidal thoughts until it’s too late. These signs will help you determine if someone in your life is struggling with serious depression. If someone you know is showing several of these signs, it might be time to talk about getting professional help.

One of the primary signs of a person with a suicidal disposition is obsessive thoughts about death. But, how do you know what someone else is thinking? You don’t.

However, you might hear them often talk about how life is meaningless and there is no point to anything or they may talk about death and dying a lot. Additionally, the individual may begin to show less motivation at work or in other areas of his or her life like relationships and hobbies.

You might hot ever know what your loved one is thinking, because they might not discuss their thoughts with you, but if there is a sudden noticeable fixation on topics surrounding death then it might be a sign that he or she is struggling.

Mood swings alone are not something to be overly concerned about because there are many factors that can contribute to them. Stress and hormonal changes, for example, may lead to emotional instability.  However, when combined with other signs mentioned on this list they might indicate a need for concern.

If one moment a person seems perfectly fine, but shortly after they are very visibly sad or angry, they are experiencing difficulty regulating emotional responses.  If this is new or abnormal behavior for your loved one then it might be a sign of a problem.

They Start Giving Away Their Possessions

If a person suddenly starts giving away their possessions for no apparent reason, he or she might be planning suicide. Again, this activity alone might not indicate that someone is suicidal. However, when accompanied with other indicators it may be reason for concern especially if this is a new behavior.

Suicidal individuals also sometimes visit family and friends to “tie up loose ends” with them. This typically involves making amends for things they regret and having deep conversations out of the blue.

While it’s true that the person could just want to patch things up, you shouldn’t discount the possibility that they are actually suicidal. A lot of people don’t want to commit suicide until they have made things right with the people who are closest with them, which is why they do this.

Excessive Use of Alcohol and Drugs

An extremely depressed person who is thinking about taking their own life could be using alcohol and drugs excessively in an attempt to kill themselves or as a method to deal with the pain and internal conflict they’re dealing with.

Sometimes drug abuse is a sign that someone has become very depressed and needs help, but not everyone who abuses drugs in excess is suicidal, of course. Sudden onset of drug use by someone who has no previous addiction issues is reason for concern.

If you have recently discovered that someone you are close to has been researching different methods of suicide, you should take it very seriously.  Many people who end up taking their own life will plan to do so long before they actually do it.

Google searches for methods of suicide, visiting internet forums where people discuss it or journaling about it are all red flags. If you find proof that your loved one is researching suicide then you definitely should talk to him or her and consider involving a professional.

Sometimes a suicidal person will create a will because they know they won’t be around for much longer and want to make sure that their loved ones get certain things of theirs when they die. Creating a will on its own certainly doesn’t mean a person is thinking about suicide and it’s perfectly normal to plan for death by making legal and funeral arrangements.

When a normally social and outgoing person starts withdrawing and shutting themselves away all the time, something is wrong. Social isolation is a fairly common sign that someone is thinking about committing suicide.

Many people who no longer want to live shut themselves off from other people, even those who are normally close to them.

It is not uncommon for someone with chronic depression to attempt suicide multiple times. If you know anyone who has already tried to end their life once, you should be more sensitive to the signs of depression and any suicidal tendencies.

Each year thousands of people across the country commit suicide with firearms, so buying one can be a red flag if someone is exhibiting other signs. Men are statistically more likely to end their life with a gun, but some women also use this method.

If someone close to you has recently purchased a weapon for no apparent reason, and he or she exhibits other signs on this list then there may be reason for concern.

Are You Concerned That A Loved One Is Suicidal?

IF SOMEONE IS IN DANGER OF ACTING ON THEIR SUICIDAL THOUGHTS NOW THEN CALL 911 OR GET THEM TO A CRISIS CENTER OR EMERGENCY ROOM. Another option for someone who is in immediate danger or harming themselves is the National Suicide Prevention Hotline, 1-800-273-8255.

If someone isn’t in immediate danger of committing suicide, it can be very difficult to tell if that person is in fact suicidal. However, when you examine the behaviors of your loved one you may be able to tell that he or she is struggling.  Ultimately, we might not be able to prevent our loved ones from harming themselves if they are intent on doing so, but if we are cognizant of the behaviors that indicate suicidal thoughts then we may be able to intervene.

Does Working From Home Lead to Mental Health Issues?
May 12, 2022

Should I Go to Therapy? Some Signs You Should Consider Seeing a Therapist
April 11, 2022

How Does Perfectionism Impact Your Mental Health?
December 10, 2021
Recent Articles
Go to Top